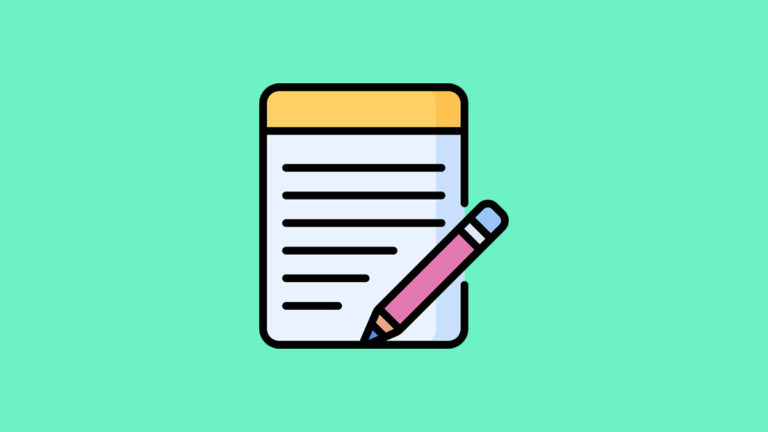 There is no hiding that programmers and developers prefer Linux operating systems for creating apps and software. It is mainly because the Linux-based distributions help create the ideal environment for programming and executing commands. The best text editor for Linux is a tool that you can use to write codes, update UI files, edit the text files, etc. It is one of those essential tools that will make your life easier if you are a coder.

Linux mainly offers two types of text editors: a command-line text editor that lets you use the editor through the command line. The other notable choices are the GUI text editors, which you can use directly. The best Linux text editor will provide you with functionality and plenty of features to make the entire process more efficient and convenient.

However, the amount of Linux text editors have been rising gradually for the last two decades. Since the app provides various features for editing and coding in CSS, HTML, PHP, and JavaScript, finding the best text editor for Linux can get difficult considering all the options you have, as diversity can often leave you confused.

The article aims to simplify finding the best text editors for Linux. We have shortlisted a few choices that you can use after knowing what it offers.

Excited? So, let’s get started

Vim is one of the best text editors for Linux. An advanced text editor seeks to deliver impeccable performance, thus fulfilling all the programmers’ needs and requirements. Furthermore, its benefit is that you can also extend its functionality by using various plugins. You can use it to extend the capability of “Vi” (facto UNIX editor).

Vim is a highly configurable choice created to meet the developer’s requirements. Several users often label it as the programmer’s editor. You can use the software as a standalone app in its GUI mode and with a command-line interface. Although, beginners might find it tougher to use and more suitable for experienced coders.

Its main features include a tab expansion, auto commands, digraph input, split screens, syntax coloring, sessions screen, and the tag system. The main programming languages used in writing Vim are C and the Vim script. Additionally, if you ever feel stuck, you can rely on one of Vim’s tutorials to understand a particular function. It is a powerful choice that offers some of the most advanced features in the category; thus, it is the standard choice for all professional programmers and creators.

If you are looking for a modern choice in our best text editors for the Linux list, Atom is excellent. It is a modern and attractive open-sourced text editor suitable for programmers. GitHub developed Atom under the tag of the best hackable text editor. Atom is based on Electron (HTML, CoffeeScript, Less, and JS).

Atom isn’t just popular for its unique design; it also offers impeccable functionality and features. Its most beneficial ones include a file system browser, cross-platform editing, a built-in package manager, find & replace function, multiple pane compatibility, and the smart auto-completion feature. It will let you select from more than 1000 open-sourced packages, adding new features to the software.

Atom remains an outstanding choice among users due to its embedded git control and the command palette support. It also offers the .rpm and .deb packages on the official website. You can download it efficiently for Ubuntu and Fedora-based Linux distros, two choices that are best known for running it. However, its versions are available for nearly all types of distros.

Visual studio code is an exceptional choice capable of executing all sorts of tasks. It’s also a lightweight choice that allows you to efficiently perform all the operations you want with its feature-rich nature. Some of its most notable ones include Git support built-in, an integrated terminal, and you can also use it for cross-platforms.

The software offers IntelliSense helpful hints and an auto-completion feature to save time, effort, and energy. A significant benefit is that it is compatible with numerous programming languages while offering many debugging tools. Additionally, if you want to improve its functionality, it provides an extension manager built-in with numerous extensions that you can easily download and operate. VSC can be a great choice for the Fedora-based Linux distros by the Flatpak and Snap packages, making it easy and time-saving. Tho, you can also get it on Ubuntu through the .rpm/.deb packages.

If you want the best text editors for Linux that provide you with all the beneficial features while also being an elegant yet simple choice, Gedit is the ideal option. The app may not offers you a user interface with rich features; however, it offers a minimalist and clean design that, compared to many, fares better in terms of functionality. It is the default choice for the GNOME desktop environment. It mainly aims to offer convenience and simplicity combined in an efficient app.

The programming language used in the program’s writing is C, and it’s an open-source, completely free software with plenty of useful features for programmers. The app offers complete support for the internationalized text and syntax highlighting. Furthermore, since it’s a great choice for cross-platform operation, you can use it conveniently to write and edit programs.

Furthermore, syntax highlighting is available for all the notable programming languages, including Perl, C++, Python, C, XML, Java, HTML, etc. It provides editing features such as spell-check and text wrapping.

Sublime text is another feature-packed choice on our list. It is one of the best text editors for Linux that provides all the features for writing codes, markups, and prose. A beneficial aspect is that it provides plenty of programming language compatibility while you can also use it with markup languages. If you want to enhance its features or functions further, you can get a free software license plugin.

A notable feature of the sublime text is the “Goto Anything.” It will allow you to navigate various files, symbols, and even lines instantly. The command palette, project specification preferences, parallel editing, and the python-based plugin API are other useful features. You can use all these features to ensure you effectively write the codes for programs.

A significant feature is that it can use every operating system’s native functionality. Thus, this makes Sublime text a resource-efficient option, allowing you to utilize what you have available and even extend it. Since the app is highly customizable in features and appearance, it becomes a great choice for beginners and experienced users.

Kate (KDE Advanced Text Editor) is one of the best text editors for Linux, notable for beginners. It’s an underrated choice, but it can provide an efficient alternative to other popular choices. Although Kate might not provide you with all the advanced functionality or the high-powered plugins such as the Visual studio code, it can still execute the tasks efficiently.

Kate will provide you with plenty of features, including a split window and editing multiple documents simultaneously. It is beneficial that you can save plenty of time, effort, and energy needed for hopping between different files. Furthermore, it also offers session support and cross-platform compatibility, which means that you will only have to write it once and execute it anywhere you want.

Some other beneficial features of the app include code folding, Git support integrated, and an autocomplete feature necessary for editing text using the app. Furthermore, you can also use various plugins to extend the app’s functionality. It is a lightweight choice that can run impeccably even on older devices.

Brackets is the best text editor for Linux to meet the productivity requirements as it provides several excellent features in a well-designed and user-friendly interface. One trait that truly sets it apart is its appearance which is its integration with Adobe Photoshop. It is a cross-platform editor, making running the codes on various OS and platforms easier.

The software is created for developers and web designers to offer a huge range of all the coding tools and an actual visualization of the site you are creating and the real-time reflection of the changes. Hence, the tool will give you an excellent preview of the entire project you are working on. Adobe creates it, and the benefit they offer is the ability to extract info such as measurements, colors, fonts, and gradients directly from the PSD file as a clean CSS. Hence, it’s a necessary tool for all UI designers in their stores.

Overall, brackets is a feature-rich text editor that will allow you to create websites and apps with more freedom in JavaScript, HTML, and CSS. The only drawback is that Adobe has accounted that they will discontinue it from September; thus, you should instantly get it if you want it.

If you ask an experienced user about the best text editors for Linux, you may hear the name JED. It is a popular choice that uses the S-Lang library, and it’s a cross-platform tool that you can find on numerous platforms such as Windows, OpenVMS, Unix, etc. A significant benefit of JED is that it is a lightweight choice; thus, it can put life back in your old hardware that may have limited resources.

There are plenty of notable features that JED offers that make programmers’ and developers’ lives a lot easier. It includes code folding, color syntax highlighting, and editor emulation such as Emacs. Some other features include various programming modes, rectangular cut and paste, editing TeX files, and more.

The app is quite easy to operate, which means that it will also suit novice users, while its features ensure that it doesn’t run out of experienced arsenals. The app provides a great user-friendly platform for efficiently writing codes and sharing them across various OS if required; thus, you can label it as a choice of some notable developers.

Having the right tools at your disposal is crucial for coding impeccably, and the best text editors for Linux are one of the pieces that every programmer needs daily. However, problems arise when there is a constant rise of choices over the years, leading to ambiguity. Hopefully, after reading the article above, you will have the choices shortlisted, and you can decide which of the selections that we have carved out for you on our best text editors for the Linux list will work best based on your requirements. As per our recommendations, we suggest Visual Studio Code, Vim, and Atom as our top 3 picks in the category.

What is the best text editor for Linux?

You can regard several choices as the best text editors for Linux. Ultimately, it depends on the user’s needs to find the ideal tool to assist them in the programming journey—the three most popular tools on our list are Atom, Vim, and Visual Studio code.

Is the best text editor for Linux free?

Yes, there are numerous choices in the category that will offer plenty of advanced features without any cost. However, there are also some paid tools out there as well.

What is the most advanced text editor for Linux?

In terms of functionality, if you want the one that provides the most advanced features, Vim can be the best text editor for Linux to serve your purpose.