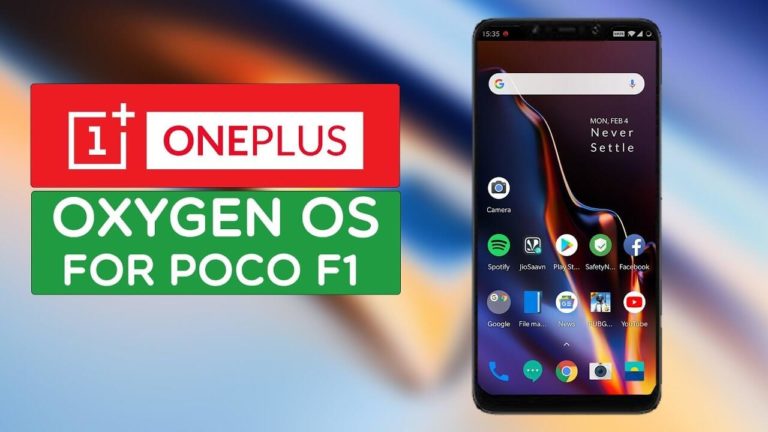 Finally, Oxygen OS is now available For POCOPHONE F1 / POCO F1. Thanks To Developer (CodeElixir), who made this possible. Currently, it is available in the form of Semi GSI which has been extracted from OnePlus 6 & OnePlus 6T and Guess What! It is Working Super Fine.

If you recall yourself, both OnePlus 6T & Poco F1 shares same internal Specifications, especially when it comes to SOC and that’s what makes possible running Oxygen OS On Poco F1 with the Help OF Project Treble.

So, in this post I am going to share my Experience of using Oxygen OS on Poco F1 and is stable enough to use it as your daily driver? Plus, I will also discuss some of the amazing features of Oxygen Os that you will be getting with this ROM.

Excited? So, let’s get started

Let’s start with the performance, as I told you that this is a Semi GSI Image and its extracted from OnePlus 6 but still the performance is top notch. There is no touch issues and the app load time is super-fast.

The transitions and animations are super smooth. I would personally say that Oxygen OS on Poco F1 is an ultimate Rom Ever. When it comes To Big Games Oh Boy, you will definitely love it. Inside the settings there is an option called Gaming Mode which basically improves your overall gaming experience on Oxygen OS. Whenever you play any game this mode will help to load up quickly and helps games to run smoothly without any frame drops.

As, usual I played PUBG for 30 Minutes with Ultra HDR mode and the gameplay was butter smooth. I haven’t faced any lag or touch issues while playing the game. It’s super responsive.

So, I would say the performance is pretty good when you compare with other ROMS Like Nitrogen OS or Pixel Rom.

Moving forward to the battery which is also quite decent. The Normal screen on time Usage which I got is around 4+ hours. When I have played PUBG for 30 Minutes the battery consumption was around 9% which is not bad. I would say unlike Redmi Note 5 Pro, fortunately Poco f1 is not having huge battery draining issues. Again, this is a SEMI GSI and its an experimental build and you cannot expect to get fair battery life.

Now let’s talk about some of the amazing features that you will be getting in Oxygen OS.

With this Rom you will get the OnePlus Launcher along with Shelf page which can be accessed by swiping right. You also Get Built in App Drawer along with Hidden Space embedded with in a drawer.

The Hidden Space is an exclusive feature from OnePlus which can be used to hide your applications without the need of any third-party application.

Of course, swiping down anywhere on the home screen will invoke the notification panel. Inside settings, you can see typical Oxygen OS look which I personally like a lot.

Inside Settings – Display -> Under customisation – you can see an option named “theme” from where you can choose dark theme. Once you enable it, the entire system UI will adopt the glory of darkness. From App Drawer to Notification Panel it looks stunning. Even the built-in system applications will automatically adopt the dark nature.

Inside Settings -> Under Buttons & Gestures, you can replace the traditional software keys with the help of system gestures. These gestures would possibly make the whole user experience easier. Simply, choose this Option and instantly the gesture system will be applied throughout the system.

By default, you will get OnePlus Camera which is actually working super fine. YES, you can take both Pictures, Videos and the built in google lens integration does work fine. I did also try pixel camera and it does work fine without any issues.

Overall, you will get all of the features of oxygen OS and Normal things like WIFI, Bluetooth, WIFI hotspot, VOLTE, LTE works Fine. I did try UPI Apps Like Google Pay And it’s not working on this build. Some of the features like Drawing Gestures on the screen won’t work at all except double tap to wake. Also built in OnePlus face unlock is broken instead you need to rely on Smart Lock.

So, definitely this is a pretty good Oxygen OS port for Poco f1 but as I told you it’s a Semi GSI Image and it does have some bugs and also some features are not working as indented, but if you just want to try Oxygen OS on your Poco F1 and just go ahead and install it.