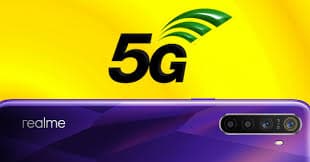 The leading smartphone company started to tease its users for the new Realme X50 which is the first 5G enabled device from company.

Off course, it will be first unveiled in China with the new design in the upcoming months.

A few months back in June, Madhav Seth i.e the CEO of Realme India has confirmed that they have been working on a 5G enabled device which they are trying to put in the market by the end of 2019.

Very few details were shared by Madhav for this device But the CMO of chinese arm Xu Qi Chase have confirmed that this 5G enabled device will be named as Realme X50and  will debut in China in the next few weeks.

As it is the first 5G enabled device so it will be having both standalone (SA) and Non standalone (NSA) standards of sub 6Hz 5G networks to improve its connectivity in remote areas.

More over this, they have also announced that realme would be the early bird to bring the Qualcomm 5G SoC devices in India in 2020.

Other specifications of the device is still unknown. There will be no wonder if the realme X 50 is powered by Snapdragon 735 making it the first non-flagship 5G chipset, which seems to be a huge part of Qualcomm’s plans for 2020.

Interestingly, a Teaser from Vivo is also released increasing doubts for the release of Vivo 9s as their successor for the vivo Y series.

This would be amazing to see if Vivo does so.

Until then you can go through some of the exclusive news below.