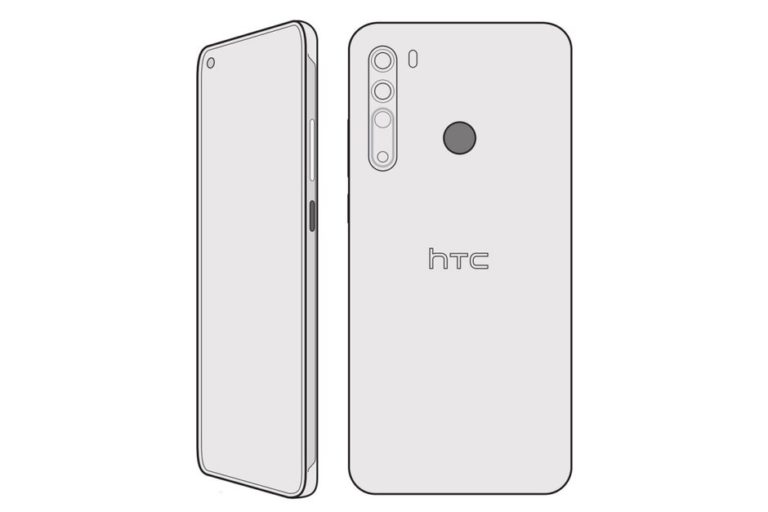 HTC which have been out of the smartphone market for some time now, is planning to launch a new smartphone. The device is expected to be HTC Desire 20 Pro. The news has been shared by the popular leakster who have informed about the design of the device through a sketch.

The sketch which Evan Blass have shared shows that the device will come with a quad rear camera which will be assisted by an LED Flash. We can also spot a capacitive fingerprint sensor at the back panel of the device. The device seems to be promising in terms of design.

Talking about the display of HTC Desire 20 Pro, the sketch shows that the device will have a punch hole design, which can be spotted at the top left corner of the device. The sketch also reveals that the device has a bezel less design. On the right side of the device, we will see the traditional volume keys and power button alongside the SIM card slot at the left side.

The leakster haven’t revealed much about the specs of the device apart from design. But, earlier HTC Desire 20 Pro was spotted on the Geekbench listing which gave us some hints about the specifications of the device. The listing reveals that the device will be powered by a Qualcomm Snapdragon 660 which will run on Android 10 OS and will have a 6GB RAM capacity.