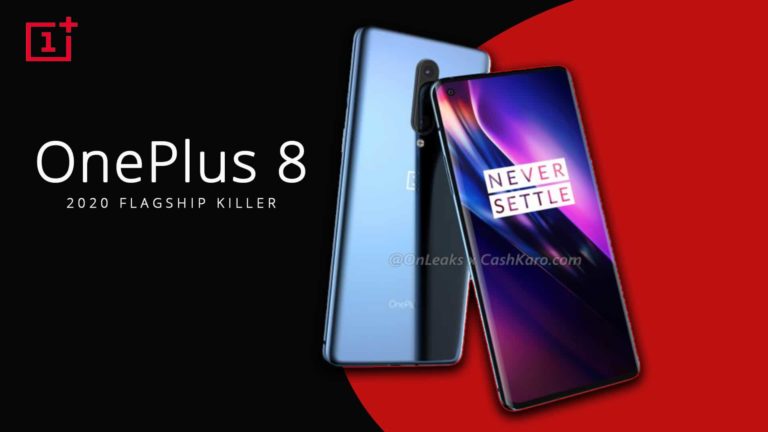 Oneplus has just launched their new smartphone the Oneplus 7T. And many of the users haven’t had their hands on this device.Now we have got some news which some of you may or may not like and its about the next oneplus smartphone the oneplus 8.

We have recently got a Render of the upcoming OnePlus 8 and the render was produced in collaboration between Onleaks and cashkaro.com. Now this news may seem fake to us but, it’s not, because Onleaks is a very trusted source for smartphone renders and all the smartphone renders we got from Onleaks were quite accurate and also the previous Oneplus 7T renders was absolutely accurate, so we cannot ignore the render of this oneplus 8.

Apart from this, there are no other changes and the rest of the design is exactly like Oneplus 7 pro. In the back panel, we can see the triple rear camera setup. There are also no changes in ports and button placements. But in case of specifications, we will definitely see major changes.

So, what do you think about these renders? do you think the final design of oneplus 8 will be like this? Do let us know that in the comments down below.