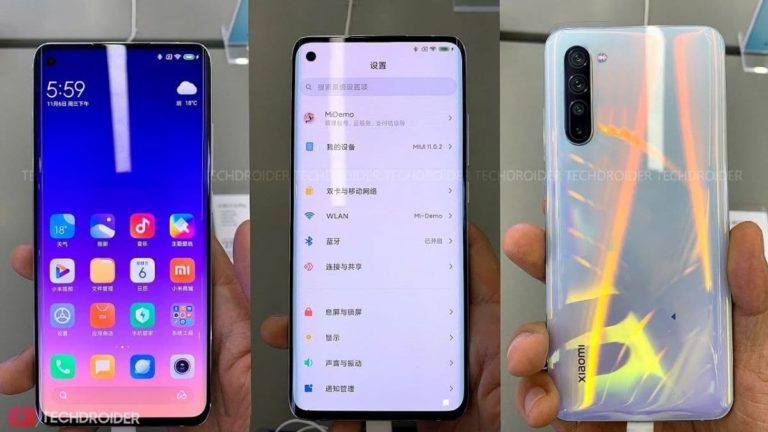 Xiaomi is officially going to hold a global launch event for its upcoming Mi 10 series which will take place on 23rd February at the Mobile World Congress event. Before the official event the company have teased an official poster revealing renders and design of Mi 10 and Mi 10 Pro.

Xiaomi 10 is coming with a scintillating curved display which will have a punch hole located at the top left corner of the device. Also the display of Xiaomi Mi 10 will have an ultra-thin bezel which will be placed above the screen. Poster further reveals the presence of an in screen fingerprint sensor.

Talking about the design of back part of Xiaomi Mi 10, the back panel has a curvy look which is made of glass. The device is expected to come with quad camera setup which will include four lenses, out of which the primary shooter will be of 108MP.

Launched poster by the company reveals that Xiaomi Mi 10 Pro will have an additional camera which is not officially available in the existing launched poster. Apart from these things the company seems to be solving some of the common problems of Android smartphones.

One of the officials of Xiaomi have recently made the statement about the common problems of Android devices that is overheating, screen fluency and Brightness adjustment. So we can see some improvement in all of the Mi 10 series smartphones out of which Mi 10 and Mi 10 pro is in the line-up for the launch.

Mi 10 and Mi 10 Pro will be coming with liquid cooling technology and will have a top notch display which will offer a 90Hz refresh rate which will be backed by latest technology. both the devices will run on latest Android 10 with UI interface.