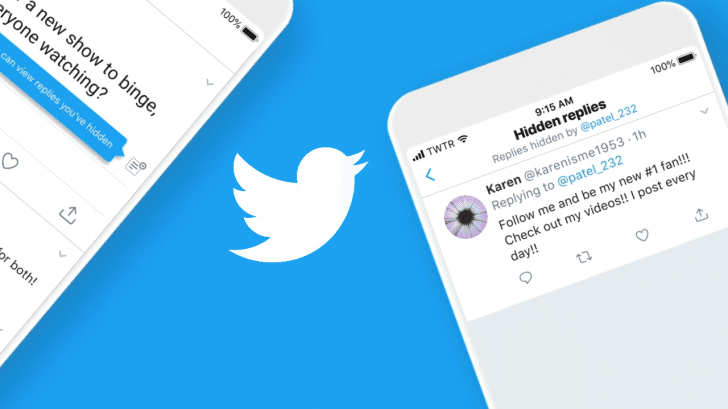 The most controversial feature that has been rolled out by Twitter few months back for several territories is now available for everyone. This is really a cool feature which lets the user to take control of the conversations that they have on the platform.

But this might also bring criticism to some of the businesses which hides the legit feedback of the customers.

But whatever be the case, the users will now be able to experience the all new environment in twitter by hiding the comments that are just for trolling and creating distress.

This is not the only feature that twitter is rolling out for its users.

Rolling back to the “Hide replies” feature, it is the biggest change that twitter is bringing to its users.

This works like that you will be able to hide all the comments and replies that aren’t relevant to your post or the replies are offensive or spam.

But the thing is that the tweet will not be deleted in real, but it is hidden for the users observing the tweet. They either must double tap or something like that to see the hidden post.

The difference that we are going to experience between the release in china, Japan and India is that now we have the option to block the sender or the person that is doing such kind of spammy things.

Also, if you are using the 2-factor authentication for several of your apps then it will be a good news for you that you can secure your login process by the WebAuthn protocol.

In the past they were using the FIDO U2F standard, but it had it’s limitations. But as of now the system that they are using is much more secure and easy.

If you have experienced this feature and are enjoying this then the below news might also interest you.