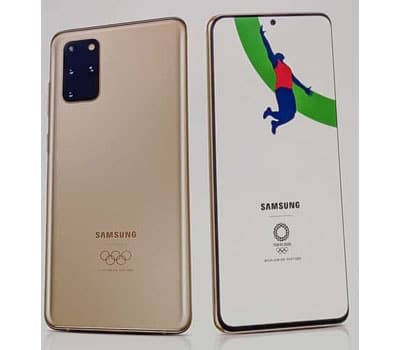 Special Galaxy S20 series for Olympics surfaced on the internet

Olympics 2020 is just round the corner and so is the Coronavirus.Samsung recently announced in one of its events that it will be providing special Galaxy S20 series for all the athletes which have participated in this grand event.

Recently a live photo has surfaced on the internet. The photo reveals special Galaxy S20 series features which will be given by the company free of cost to all the participants. The live image of the device was shared by Weibo, which reveals some of the key features and specs of the rear part.

The first look of the spotted look suggests that the device will be 5G supported. As it is a special edition for the Olympic event, we can also sport some different initials imprinted on the device. We spotted “Tokyo 2020” at the bottom part of the device alongside “Docomo” and “Galaxy” both imprinted at the center of the device.

Moving towards the specifications of this special Galaxy S20 series, we can see that the display size is 6.7 inch which is a QHD+ display.

The device is powered by Snapdragon 865 processor. We can also see that there is a punch hole in the device which is for 10MP camera. Samsung Galaxy S20 special edition is a quad camera setup device.

Talking about the variant availability of special Galaxy S20 series, device is available in 12GB RAM and 128GB internal storage variant. The device is powered by 4500mah battery which will support 15w fast charging.

While it is still not clear that Olympics will be delayed or cancelled, Samsung has also not made any official announcement about the withdrawal from Olympics event.  We can wait and watch at our homes and hope for the best.