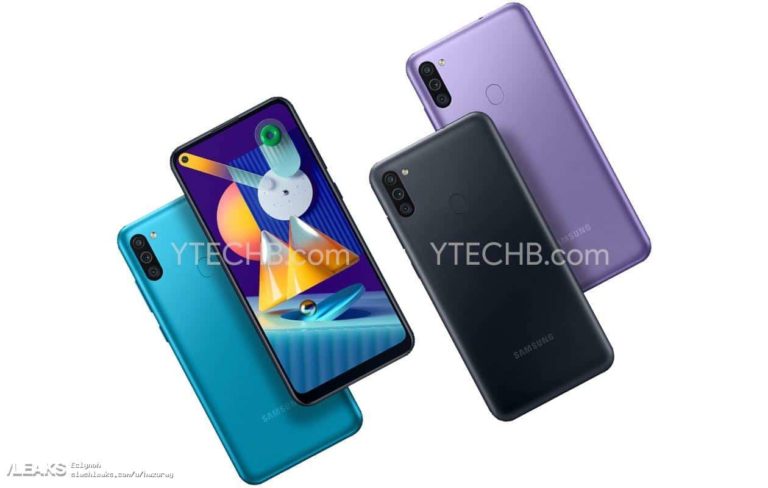 Samsung Galaxy M11 images has yet again spotted likewise earlier the device specs was spotted on Google Play Console and Taiwan’s NCC regulatory authority. This time images have leaked which gives glimpses about the specs and design of Samsung Galaxy M11.

Starting from the display of Samsung Galaxy M11 the device has a punch hole display alongside a screen size of 6.4-inch LCD screen which supports 720 x 1560 pixels’ resolution. The device is made up of polycarbonate material while the back part of the device has an LED alongside a fingerprint reader.

Moving towards the optics of Samsung Galaxy M11, the device comes with a rear triple camera setup out of which the primary shooter is of 13MP. Primary shooter is coupled with 5MP ultrawide sensor with f/2.2 aperture and 2MP depth assist lens of f/2.4 aperture. selfie shooter of the device is of 8MP with f/2.0 aperture.

Samsung Galaxy M11 is powered by 1.8Ghz octa core processor with a snapdragon 450 chipset. The device is powered by 4,500mah battery which supports 15w fast charging. The device will run on Android 10 OS with 2.0 UI.

Talking about the variant availability of Samsung galaxy M11 the device will be available in 3GB +32 GB and 4GB + 64 GB combination. The internal storage of the device can be expanded via an external MicroSD card. The device will come in three colors Blue, Black and purple.