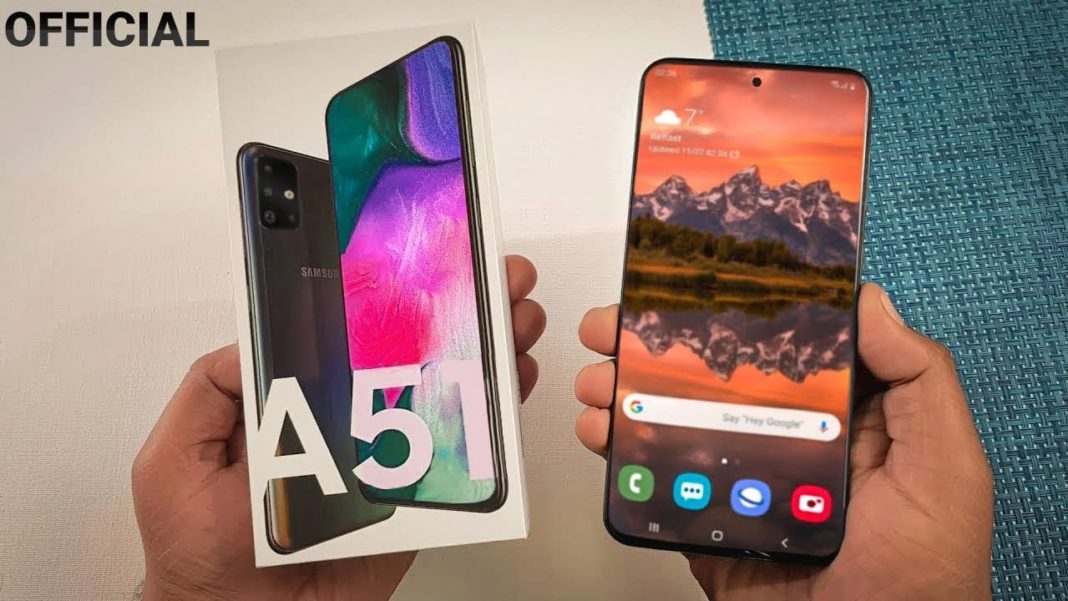 Samsung Galaxy A51 with Quad-cameras launched in India

Samsung has officially launched the successor of A50s, Samsung Galaxy A51 in India which is a mid-price ranged smartphone, which has been launched with a price range of $337 that is around 23,999 INR.

Let us talk about the key specs and features of Samsung Galaxy A51.

Starting with the display of Samsung Galaxy A51, the screen size of the device is of 6.5 inch FHD+ infinity –O super AMOLED display which is powered by Exynos 9611 processor.  The device also has a in-display fingerprint sensor.

Moving towards the camera of Samsung Galaxy A51, which is one of the key highlights of this device, it comes with a Quad-Camera at the back of 48MP with a primary sensor and ultra-wide-angle lens.

Also, it has a 5MP macro lens with 5MP f/2.2 depth sensor, while the front camera comes with a 32MP lens.

After display and camera, let’s talk about the battery of Samsung Galaxy A51. The device has a 4000mah battery which will be supported with fast charging facility. Samsung Galaxy A51 will run on Android 10 based on oneUI 2.0.

Samsung galaxy A51 has dual sim card slot out of which one can be used as SD card slot, which will help to expand the storage capacity of the device.