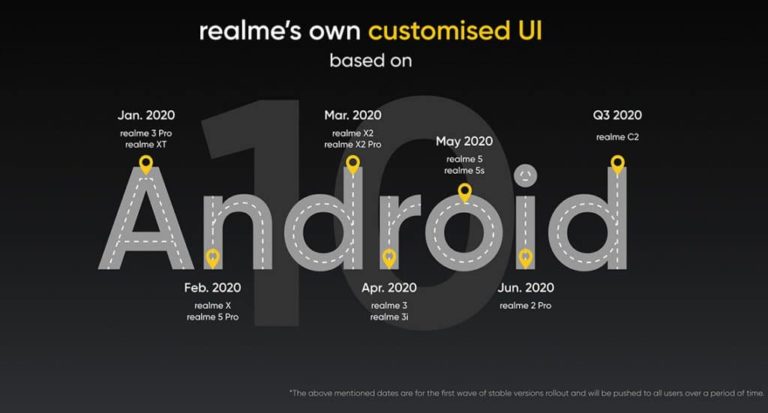 Realme UI with Android 10 update has been made available on Realme X2. The update has made changes like optimised Smart Side Bar and 3 fingerprint Gesture support. The new update will be available only for the users who have the version A.10 on their Realme devices. Realme started taking Beta testing applications for Realme UI update on the Realme X2 in January.

The updated version was announced by the company on the Realme community site via a forum post which states that the update will have a version RMX1992AEX_11. C.05. apart from this Realme users will get various performance improvements like Hiding your assisting ball on Full Screen App and assistive ball opacity. Also, the update is based on the company’s original Aesthetic design.

Apart from enhancement in gesture the Realme X2 UI update also includes features like pause option for screen recording, focus mode and new charging animation and much more. The 3 finger screenshot gesture allows you to take screenshots of a specific part of the screen with the help of your 3 fingers.

Realme UI with Android 10 update on Realme X2 also brought some minor changes in the optics of the device. The company have introduced camera-focussed optimizations alongside the file sharing feature with other devices like Vivo, Oppo and Xiaomi.