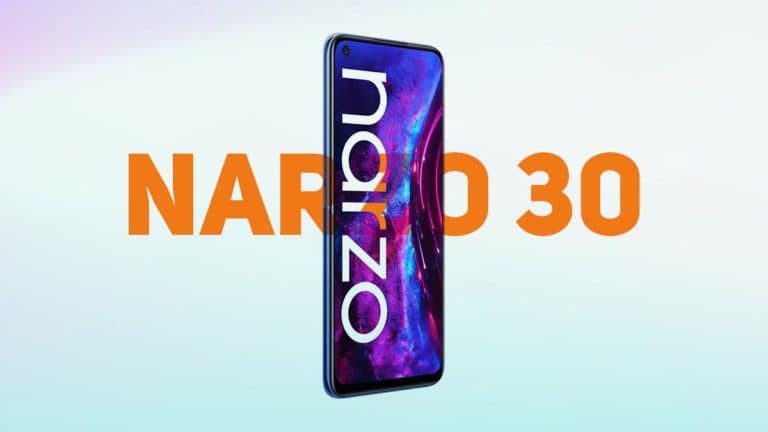 Realme Narzo 30 is the latest venture in the series that hits the Malaysian market on May 18 at 12 noon. Realme Narzo is known for delivering mid-range gaming specifications and performance in a non-exorbitant price range.

The Realme Narzo 30 unboxing video surfaced on a Malaysian YouTuber’s channel Marc Yeo Tech Review. The video reveals the final product specifications for the Realme Narzo 30. The new offering from Realme will feature a 90 Hz display, chances of which being an AMOLED display are slim to none. The Full HD + display will have a higher refresh rate display with auto adjustment by default. Its brightness will peak at 580 nits.

Apart from the display, the phone features a Mediatek processor, in this case, the Mediatek Helio G95. The video suggests that the base variant will start at 6 GB of RAM, 128 GB internal storage with a dual SIM card standby, and an option to expand the storage via a micro SD Card. It will run on Android 11 with Realme UI 2.0. These specifications make the Realme Narzo 30 a good budget yet performance-centric smartphone in 2021.

The Malaysian version will support 4G connectivity. There are rumors about a separate 5G version to be launched later this year. Also, the phone is expected to provide a 5000 mAh battery with the option of 30 Watt Dart Charge technology that will refuel the battery in 65 minutes.

Lastly, the aesthetics of Realme Narzo 30 doesn’t deviate much from the original. It will come with a 16 MP selfie shooter in a punch-hole display. Realme Narzo 30 follows the yesteryear arrow and stripes design but keeps it more subtle this time. Its expected weight is around 185 grams, which puts it on the heavier side of smartphone offerings.

Like always, it is expected but not any time soon. The Realme India and Europe VP confirmed that the Realme Narzo 30 will have a 5G variant as well.