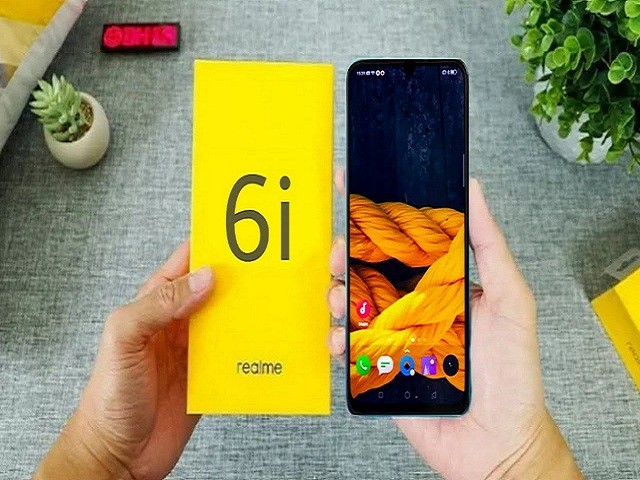 Realme 6i has been launched by the company as a successor of Realme 5i. The device comes with a massive 5000mah battery. Also we can expect it to be better as compare to its predecessor Realme 5i. so let’s get started with the specs and availability of the device.

The new smartphone of Realme have first landed in Myanmar.

Realme 6i have a screen size of 6.5 inch with a full HD display of 720 x 1600 pixels. The device offers an aspect ratio of 20:9. The device will run on latest Android 10 operating system with a Realme User Interface.

The device is powered by a MediaTek Helio G80 SoC with 1.8GHZ and 2.0GHZ of six cortex-A55 cores and 2 cortex A-75 cores respectively.The device is available in two variant combinations of 3GB and 4GB RAM with 64GB and 128GB of internal storage capacity.

Battery of Realme 6i is of 5000mah which will support 18w fast charging. The device is a dual SIM Nano smartphone and comes with USB Type C-Port and 3.5 mm audio jack. Realme 6i is approximately weighed around 195 grams and comes with a 164.40 x 75.40 x 9mm dimensions.

Realme 6i comes with a quad camera setup out of which the main camera is of 48MP camera coupled with 8MP ultra-wide lens. Selfie camera if the device is of 16MP primary shooter. We can also spot a macro lens on the back side of the device.