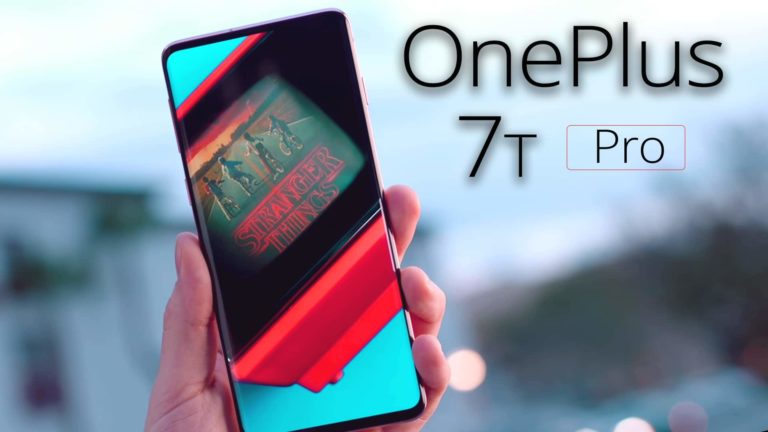 One of the leading giants in performance and processor in the smartphone market, OnePlus is going to announce a flagship device on 10th of October (OnePlus 7T Pro). Due to its great reputation in the market as a performance device with impressive processors, the audience is expecting the same from the brand.

As usual ahead of the launch of this popular flagship device various leakster sites and tipster has shared the expected features of this smartphone.

Let us see some of the key features which we can expect from this flagship device of OnePlus 7t pro.

On OnePlus 7t Pro display is expected to be without notch which can lead to the higher screen to body ratio which can be approximately around 90% and will be paired with a haze blue colour combination as the leak from previous month suggests.

As far as size of the display is concerned leaks and rumours suggests that it might be a 6.65 inches display with a 90Hz AMOLED display which will provide a quad HD resolution of 1440×3100 pixels. Further display can be equipped with an in screen finger print sensor.

The flagship device is expected to provide a pop-up feature for the front camera to capture scintillating selfies and possibly can have EIS powered 16-megapixel selfie shooter.

The rear part of the smartphone may comprise of a vertical triple camera setup which differentiates it from its predecessor OnePlus 7t that had a round shaped camera housing.

Lens of the camera of this flagship device will include Sony IMX586 primary lens which will have a 120-degree ultrawide lens of 16 MP with the inclusion of a telephoto lens of 8 MP.

Now let us talk about the “X factor” of this flagship device that is the processor. As stated earlier the brand is a giant in performance and processor in the market and as usual it is expected that it will not disappoint its customers by providing a snapdragon 855+ processor which might be paired with 12GB RAM and upto 512 GB of inbuilt storage. OnePlus 7t pro may come with Android 10 OS which will be preinstalled in the device.

Battery is expected to be of 4085 mAh which might have the feature of warp charge 30T fast charging technology. To attract more attention of the customers this flagship device might also be selling karbon and nylon bumpers which will be karbon and sandstone protective. The flagship device apparently releases in India and European markets on 15th of October.