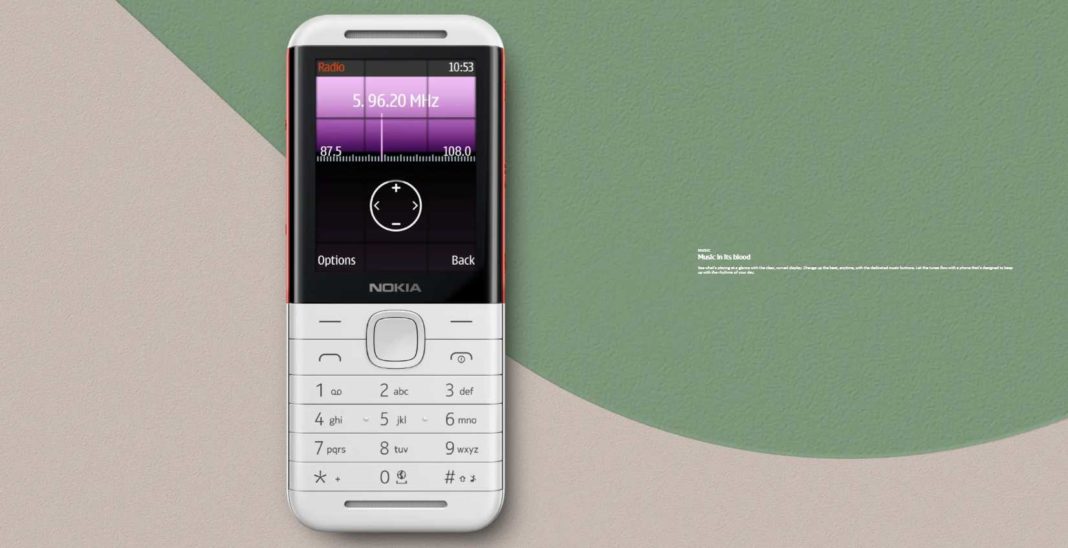 In this time of multi-tasking and touch smartphones we have forgot the old keypad devices, which used to be cool and classy. Nokia have tried to revive the classy feeling of the keypad devices by launching Nokia 5310. The device is a feature and is a revised edition of 5319 XpressMusic. Nokia 5310 is a dual sim feature phone and supports 2G free connectivity.

Nokia 5310 comes with a screen size of 2.4-inch which supports 240 x320 pixels resolution. The screen has a curved glass which gives it a cool look. The device is made up of polycarbonate material and has a measurement of 123.7 x 52.4 x 13.1mm. the feature phone is ultra-light in weight with a weight of 88.2 grams.

Nokia 5310 comes with a VGA camera which is coupled with an LED flash. On the both sides of display, we can spot dedicated keys which will help to control the music navigations in the device. Apart from this the device also has a wireless FM with the help of which you can listen to your favourite music. Device is equipped with dual front firing speakers for playing high quality Audio tracks.

Talking about the battery capacity of Nokia 5310, the device comes with a 1200mah capacity and promises ling time standby time and talking hours. It is apparent that battery will support a standby time of 21 hours approx, and talking time of 7 and half hours. This shouldn’t surprise us as the old feature phones also have the same capacity.

The feature phone comes with a MediaTek MT6260A chipset which will run on Nokia series 30+ operating system. Nokia comes with an internal storage of 16MB which can be further expanded with the help of a MicroSD card. The device will be made available for purchase on 21st April and will be available in two colours. Nokia 5310 is priced at $56 which can be purchased at Black/red and white/red colour options.