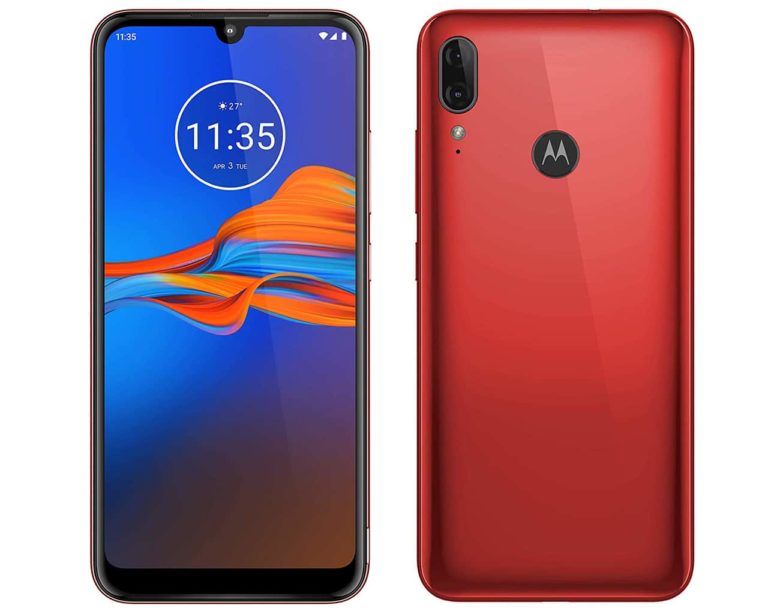 Motorola E6 arrived with some exciting features. The display size of the device is an IPS LCD 6.1-inch max vision display, which have an aspect ratio of 19:5:9. The display is a water notch display which offers a full HD+ resolution of 720 x 1560 pixels.

The device is powered by 2Ghz Octa core processor which is supported by a MediaTek Helio chipset. The device comes with a 3000mah battery which will support 5w fast charging. Motorola E6Comes with 2GB of RAM and 32GB of internal storage.

The device is made up of polycarbonate, while there is a dual rear camera setup fitted in Motorola E6. Rear camera includes 13MP main camera and 2MP depth sensor. Motorola E6 is available in single and dual SIM variants.

The overall dimension of Motorola E6 is around 155.6 x 73 x 8.5mm which also includes a water repellent feature. The back side of the device includes a fingerprint sensor to ensure the protection of your device. The device will be available in two shades blue and red.