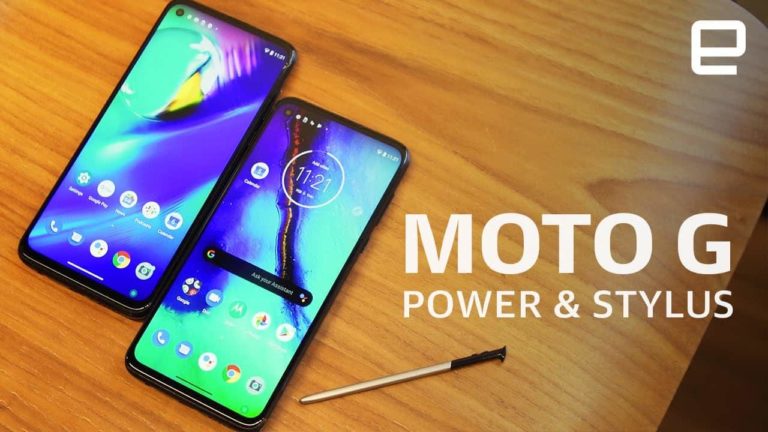 Starting from the display, Moto G Stylus will have a 6.4-inch LCD FHD+ display with fingerprint sensor. Moto G Stylus will be coming with a Qualcomm snapdragon 665 chipset which will be paired with a RAM of 4 GB with 128 GB of internal storage.

Moto G Stylus is powered by 4000mah powerful battery, whereas the stylus pen will be 9.2mm thin which is placed at the bottom right edge of the display, which needs to be taken out manually. Moto G Stylus will be coming with a triple camera setup which will be of 2 MP macro lens. The main camera of Moto G Stylus will be having a 48MP main sensor, while the front camera of 16MP action came have a 117-degree-field-of –view, which will help you to capture the best moment from every angle.

A 6.4-inch LCD display will be the screen size of Moto G Power which will support FullHD+ resolution of 1080p. Apart from this, Moto G Power will also have a punch hole camera. Talking about the processor the device is coming with a similar capacity processor as that of Moto G Stylus.

Moto G Power comes with a humongous battery of 5000mah, which enhances your device browsing time. Moto G Power has a fingerprint sensor which is located at the back side of the device parallel to the logo of Moto.  The body of Moto G Power is made up of quality plastic material which amplifies its overall look.

To capture the best moments with your loved ones, Moto G Power has equipped the device with a triple camera set up which has been arranged in a vertical form. The camera has a 16MP main sensor with 2MP macro camera and a MP ultra-wide-shooter which covers a range within 118- degrees.