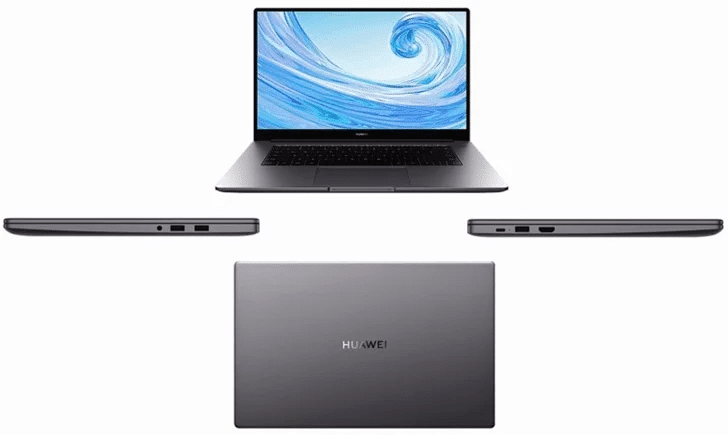 Besides facing a lot of problems on its end, Huawei still proves that they can build a good laptop anytime when they want it.

Well, if you don’t know Huawei is a chinese tech company which has received several plaudits over the past couple of years for it’s range of products known as Matebooks.

But if the renders of Huawei 14-inch and 15-inch Matebook are right then definitely we are going to witness the new chapter in Huawei;s product ranges.

By the numerous renders available on the internet it can be predicted that there are at least 2 products in the pipeline.

One is a standard 14-inch device which we are not expecting to be a refreshed version of the upcomin Xiaomi’s 29-inch monitor. as it also has an HDMI port, this is something which is included in mid range Huawei Devices.

And if we talk about the second one, which is a 15-inch device then this might seems more interesting.

By the coming renders we can easily make some safer assumptions out of which one is the power button which doubles it self as a power button too.

This 15-inch device may be stuffed with teh full size HDMI output, and is containing USB ports which is 3 in number.

Moreover, it also contains a USB type C which seems to be more likely supported by thunderbolt 3 standard charging.

If we keeps its slim body in consideration then it ight be powered up by Intel’s best in class Comet-Lake-U processors.

However, we don’t have any particular release dates for these two devices but on the basis of several assumptions, we can expect it in early 2020.

So, it could be good to wait for these matebooks if you are a student. And if you have decided to wait, the below news might interest you as well.