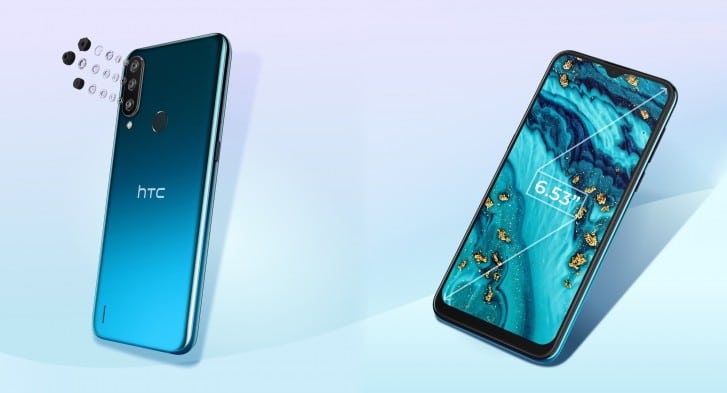 HTC is all set to launch its new device named HTC Wildfire R70 and have made an official announcement of the launch of device in India.Company have revealed HTC Wildfire specs which is a very good news for the users of HTC.

The device is expected to be a dual sim Nano phone which will have a 2GB RAM and 32GB storage and can be further expanded up to 256GB. HTC Wildfire specs reveals that the device will run on Android 10.

Talking about the camera capabilities of the device, it is equipped with triple rear camera setup which have a main shooter of 16MP with a 2MP super macro lens and 2MP depth sensor while the HTC Wildfire specs reveals the device will have an 8MP selfie shooter sensor.

HTC Wildfire R70 will have thick bezels which will provide a sleekly look to the device and the device will be available in Aurora Blue and Night Black color variants. The device has an approximate weight of 189 grams. The price of the device is not still clear but we can expect it to be similar around to its predecessors.