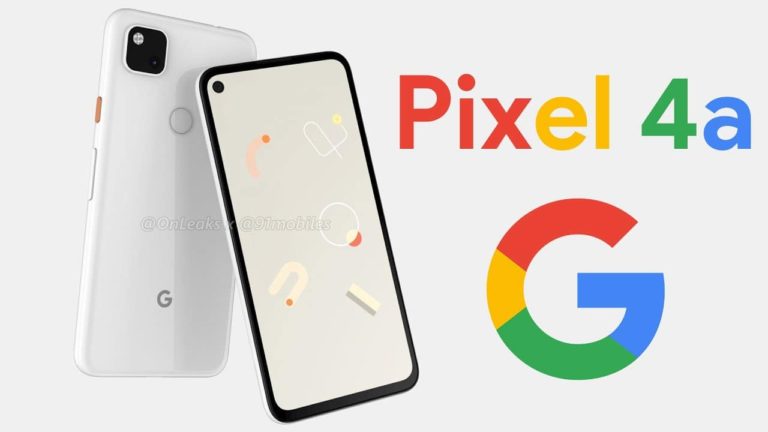 Google’s upcoming affordable smartphone aka Google Pixel 4a recently appeared in some leaked live images. Now, these images are pretty low resolution but they get the job done. These images show Pixel 4a from its front and back sides. We also get a settings UI photo which clearly implies that this smartphone is in fact Pixel 4a. So let’s talk about the Pixel 4a.

So, Pixel 4a is the successor to the previous Pixel 3a. As I have said earlier, it will be cheaper than regular Pixel devices making it affordable from Google’s point of view. Talking about its design, let’s talk about the back panel. A square-shaped camera module can be seen on the back. It is situated in the top left corner.

There’s also google branding at the bottom and that’s it. Apart from this, there’s nothing on the back. The back panel looks decent and clean.

Now, let’s talk about the front of the device. Here we can see a punch-hole display panel. The punch hole is in the top left corner of the display. This is a huge design improvement from the previous pixel 3a and to be honest this design is even way better than Pixel 4. A punch hole is always better than a big top bezel. The front camera lies inside this cutout.

Apart from this, the side bezels are also slimmer than previous pixel devices. If I talk about the bottom chin, it’s also thin and small. So overall, it seems that Google is focusing on the design elements of its smartphones. This design is a huge yes from me. It still may not be the best design in this price range but at least now Google is trying to make its smartphone look good. Moreover, the settings UI of the phone, captured in the photos, shows the name ‘Pixel 4a’ clearly.

This smartphone is covered in a protective case that looks quite similar to the official fabric case for the Pixel 3a. Pixel 4a could be powered by the Snapdragon 730 SoC. This smartphone was expected to get launched at I/O 2020 in May.

But Google has canceled that event due to coronavirus reasons. So currently there’s no word on the release date of Pixel 4a. There could be a slight delay in the launch of Pixel 4a.