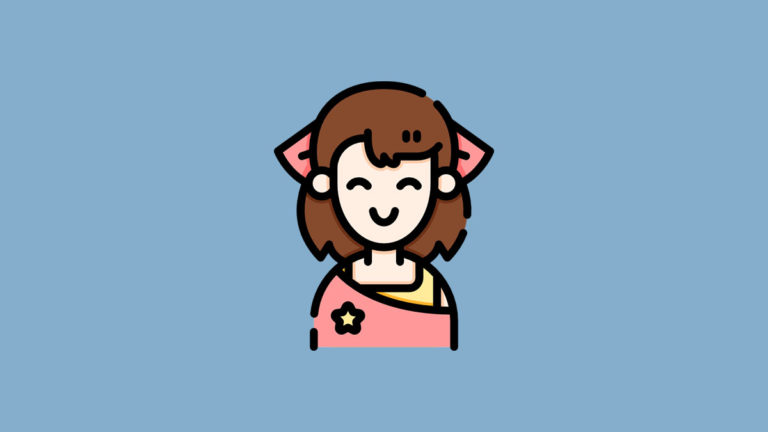 In the last decade or so, anime has amassed a cult following globally. There is no shortage of streaming services and applications that allow you to watch the latest episodes within a marginal delay. Anime is exciting for viewers because it offers much more than a linear story with bland acting. I have listed the best anime app for you that offers an elaborate collection of both new and old anime, along with the option to stream, and even download your favorite episodes for offline playback.

Without further ado, let’s dive into the list of the best anime app that you can install, to satisfy your anime hunger.

Excited? So, Let’s Get Started.

There is no dearth of anime titles but each platform has its own library, which comes at a cost. Anime Fanz Tube lets you stream and download numerous popular anime titles without paying for any of them. Yes, do see ads but that is a negligible distraction if you are concerned with binging your favorite anime titles for free. The user interface of the app is pretty straightforward, so you don’t need to spend too much time learning your way around it.

Anime Fanz Tube lets you stream the anime library and even save it for offline playback, which is a much-needed feature missing from even the most popular anime streaming apps. Remember that some anime titles may need you to use a VPN to access them, so use a free VPN app for the same. The Anime Fanz Tube has a phenomenal server infrastructure that lets you stream anime in high quality. Moreover, you can bookmark your favorite titles and even cycle between subbed and dubbed versions for supported titles.

The name Crunchyroll has become synonymous with the word anime. Ask any animal fan across the world about their streaming service to watch anime, and the answer would always be Crunchyroll. It isn’t as old as fun animation but has a gigantic library of over 100 + anime that are streamed by viewers and manga fans across 200 countries. Whichever anime, new or old, comes to your mind is most likely available on Crunchyroll.

The free tier of Crunchyroll has intense ad placement that can be bothersome while watching your favorite anime titles. Content availability is not an issue on this best anime streaming app, but the ads are a bit too much. You can opt for the premium plan to remove every advertisement and get instant access to streaming the episode after it releases in Japan. There is also a feature for offline viewing along with the ability to stream on six devices at once. Crunchyroll offers a free 14 days trial of its premium tier, so you can easily judge if the app is worth your money.

Funimation has officially acquired Crunchyroll but hasn’t merged the libraries of both the popular anime sites yet. Funimation has the largest library of dubbed animation as compared to any other anime streaming platform, which is why it is preferred by most English-speaking viewers across the globe. All your popular anime series including Dragon Ball Z, Boruto, Naruto Shippuden, hunter x hunter, my hero academia, mob psycho, black clover, etc., are present on Funimation.

Funimation offers a 14-day free trial after which you have to shell out extra money to escape those pesky advertisements that are present in this best anime app. Keep in mind that the dubbed version of your favorite anime is released after a minimum waiting period of two weeks or more. It currently has over 800 plus shows on its roster, which is expected to grow multifold in the coming years. It is a befuddling choice between Funimation and Crunchyroll, and the best option is the one that provides uninterrupted access to the latest anime episodes in your region.

VRV is a streaming service that unifies major anime streaming services, movies, games, and specials from many popular service providers. Currently, it offers content from Cartoon Hangover, Crunchyroll, Mondo, Roosterteeth, and VRV select. The result is streamlined access to over 20000 hours of streaming content that is not just limited to anime. It is available on both Android and iOS along with many other platforms.

The biggest benefit here is that you get access to multiple libraries from different service providers and have to shell out a low amount for the same. For just 10 dollars, you get access to all of the stuff from the above-mentioned streaming services which is quite a bargain for the diversity that it offers in terms of content. Offline viewing is also supported so you can download content for viewing later if the network connection is an issue.

Tubi is free and free apps raise a lot of questions regarding advertisements, data privacy, and actual content availability. Tubi passes with flying colors in these categories and is one of the select few apps that offers movies and TV shows including anime for free. Ads are placed in such a manner that your viewing experience is not hurt in the process.

Users who love Korean drama and anime must check out Tubi once. The app is updated daily with fresh content available for streaming and it does not allow offline viewing for the users. Since it’s a free app, you have to limit yourself to old anime shows only. You won’t get access to any newer titles or their latest episodes week by week.

Retro Crush is a horde of age-old anime that is now lost under the pile of new anime releases. If you want to revisit the older yet popular anime titles that contributed to the growth and recognition of anime all over the world, there’s nothing better than Retro Crush. Extremely popular titles like Lupin, and City Hunter, are all present on this best anime app, and that too without any compulsion for payment or subscription.

Retro Crush is an advertisement-supported platform, so you have to make do with the ads which are moderate in number. If you want to access the freshly added content and remove the advertisements, the subscription plans are also fairly cheaper. This best anime app is available for both iOS and Android devices along with a dedicated streaming website and support for major platforms.

Bilibili houses a large collection of anime, movies, and games, all of which are free to watch and even download on your device. Popular and recent titles such as My Hero Academia, One punch man, and Demon Slayer are available to stream for free in BiliBili. Advertisements are cumbersome to deal with in any free app and if you cannot bear them anymore, the streaming service offers a VIP subscription plan that gets you to access the latest content, ad-free at 14 USD per month.

Bilibili is an interactive platform for creators and reviewers who can upload their opinion and other content related to the anime collection. They are rewarded with actual money and BiliBili has a monetization service like YouTube. So, rather than watching and dwelling on details and confusing plots, you can reach out to the community for help and share your opinions as well.

AnimeLab is accessible to only the users of New Zealand and Australia but the streaming service is still very popular among users from other countries as well. The simple workaround is using a VPN and the website allows viewing its content from a VPN IP. The collection on the AnimeLab has grown over time and is a mix of both old and new titles that are uploaded and added periodically.

The free version has too many restrictions in place. You cannot remove ads, watch simulcasts and access dubbed episodes, which is slightly infuriating considering the high price it charges for the paid subscription. It exists as an alternative to many popular anime streaming services and it still going strong due to die-hard fans.

YouTube is a hub for watching anime free of cost. You can get many popular titles for free and enjoy them both online and offline. The quality of the video is questionable as it depends upon the uploaders. YouTube is still among the best anime app that has surprisingly good anime titles available for free. However, most of these are taken down as users or viewers report them, so you can go for other free sites like Bilibili or Tubi.

Netflix has consistently upgraded its anime collection and is even rolling out Netflix’s original anime series such as Castlevania which became immensely popular on its release. Netflix is a paid streaming service and currently offers over 200 anime titles on its platform. Most of these are renowned titles and if you like to explore the less popular but critically acclaimed ones, Netflix doesn’t have much to choose from.

You can count on Netflix to better its anime diversity in the coming years as many of its original anime series are topping the charts and are unavailable on any other platform. If you go for Netflix, you get access to popular TV shows and movies also, which is a win-win situation.

Hulu has almost an identical number of anime titles with most of them being the popular ones. Quality is not an issue on Hulu as you can stream in the highest possible quality up to 4K. Anime such as Attack on Titan, My hero academia, look exceptionally good at such high resolution. Hulu is a paid service like Netflix and you have to pay up to use the platform to binge watch titles that are not available in the ad-supported version.

Still, it is free to use with over 85000 hours’ worth of content available for zero investment. There are two pricing tiers except for the free plan, both of which open doors to more exclusive content.

Crunchyroll and Funimation remain the top options for the best anime app globally. There is no other anime streaming service that can match the quality and quantity available on the two best anime apps. If you are looking for free anime streaming services, Tubi and Bilibili are the ones that you must check out. Lastly, Hulu and Netflix are slowly catching up to mainstream anime apps, and are developing original anime series, as well as adding variety to their anime collection.

What is the best anime app?

Crunchyroll is the best anime app with a humungous anime library that will take you years to exhaust.

No. It is a licensed platform that is completely safe to use and is among the best anime app, that is available only for New Zealand and Australia.

No. The website is not legal and does not have any streaming rights to showcase that many titles.

Is AnimeLab or Crunchyroll better?

Crunchyroll is economical, has more variety of shows, and is available in a lot of countries as compared to just two countries’ support in AnimeLab.

Where can I watch anime legally?

Hulu, Crunchyroll, Funimation, Bilibili, and many more. The options are endless if you want to watch anime legally.